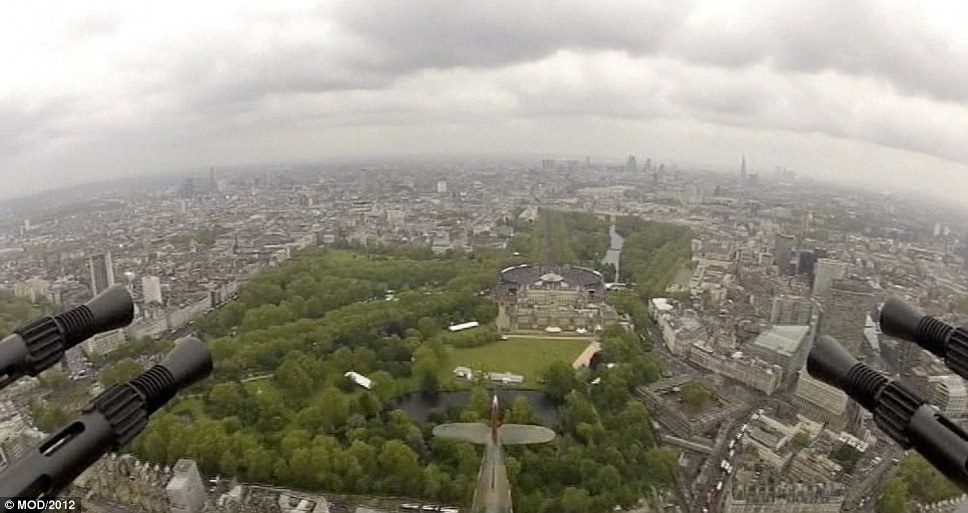 One last look back at those amazing Jubilee celebrations . . . as seen by the 'Tail-end Charlie' in Britain's last airworthy Lancaster

Incredible footage has been released showing the bird’s eye view enjoyed by crew aboard a Lancaster bomber flying over London for the Queen’s Diamond Jubilee celebrations.

The aeroplane, which is part of the RAF’s Battle of Britain Memorial Flight (BBMF), flew in formation with aircraft including a Spitfire, Hurricane and Dakota transport aircraft down The Mall, followed by the Red Arrows aerobatic team – to the delight of crowds and the Royal Family at Buckingham Palace below.

As well as preserving a fleet of priceless aircraft and keeping them in tip-top flying condition, the BBMF reminds the nation of the sacrifices made during World War Two.